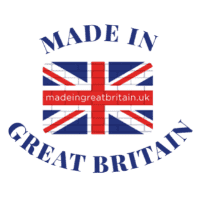 British and UK made Polo Shirts

Polo shirts were originally used by Polo players back in the 1920’s. The exact origin of the Polo shirt is unknown, but it is thought and widely recorded as being seen in the late 1800’s in Manipur, India, after British soldiers witnessed a match there. The sport became popular with British army and tea planters and the sport was introduced to England in 1862. The collars of a Polo shirt were originally button to the shirt to stop them flapping in the wind. The collars were applied to formal shirts by the Brooks Brothers and became the iconic button down shirt that has been the most imitated piece of men’s fashion ever. With a Plankett neckline and 3 buttons, they should be worn buttoned to the top.

Polo Shirts can be worn as Business casual or smart casual wear outfits. It is also a go to piece of clothing by British men to wear with jeans and trainers, or even underneath a smart jacket with trousers. Take a look at some of the best British Polo Shirt Brands and makers below.

Polo Shirts made in the UK 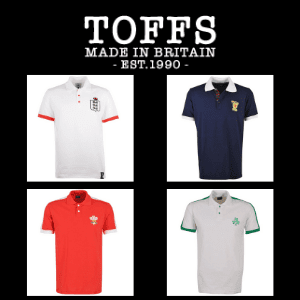 Toffs create British made polo shirts in retro styles. Their high quality made in Britain polo’s feature UK national teams for football and rugby. They are great prices for the quality and come in around £35-£40. Perfect smart casual wear and why not complete the outfit with a pair of British made jeans or trainers? 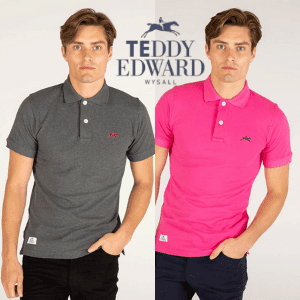 Teddy Edward are a luxury British clothing brand. All their clothing is made in England. They have a range of high quality, British made Polo shirts for men. Every man should have a staple polo shirt in his wardrobe.  The Teddy Edward range of Polo’s are expertly tailored to fit your body and deliver a smart-casual vibe.   Made from durable cotton pique fabric from Leicestershire, they boast a two-button placket, ribbed polo collar with signature Teddy Edward logo. 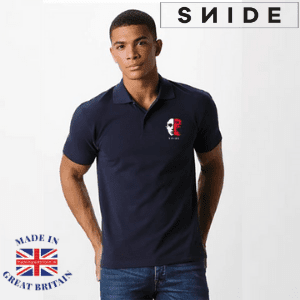 Snide London, have a range of short and long sleeved Polo shirts for men. Each plain polo shirt has either the Snide London golfer logo, nine ball pool, or Jekyll and Hyde Logo. Snide’s polo shirts are created using  100% organic cotton.  They come in a range of eye-catching bold colours and are knitted in a traditional fabric mill in the heart of England. So this timeless design is perfect for a luxurious and comfortable wear on summer days or casual nights out 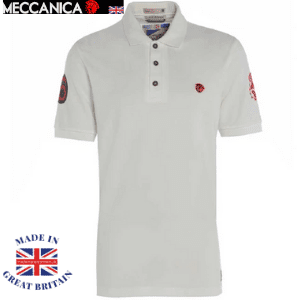 MECCANICA bring you a unique take on the classic men’s polo shirt. Their polo shirts made Britain, are created from the finest quality cotton-piqué and knitted in England. They are inspired by the greats from 1960’s and 1970’s cycling and motor racing. They come adorned with the Meccanic, ” Built in Britain label, for those who want to really show off their British made Polo shirts.

Polo shirts for men, Made in UK 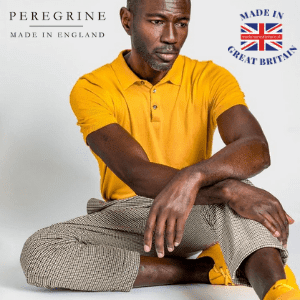 Peregrine Zero Waste range are seamless garments that are  knitted in England from BCI organic cotton. Unlike conventional polo shirts which are cut and sewn into shape, every garment is carefully knitted to size, with ribbed cuffs and hem improving the overall fit, whilst removing any unwanted seams. They are knitted in England on 18 gauge machines, from NILO organic cotton, a BCI regulated Egyptian cotton Ginza 87. 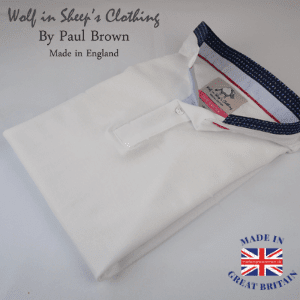 Wolf in Sheep’s Clothing are a luxury British clothing brand. Their men’s Polos come in a custom fit and are machine washable. In a variety of colours and are finished with a Paisley grandad style collar. You can also accessorise this classic British style with a Made in England, Paisley face mask.

Polo Shirts, Made in the UK 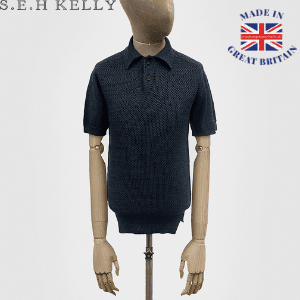 The SEH Kelly range of Men’s Pique Polo Shirts don’t come cheap. Made with super fine cotton and with a seamless design, they are 3 ply, light enough to wear under a jacket but also heavy enough to be worn just by themselves. If you have a spare £240 knocking around then go for it! 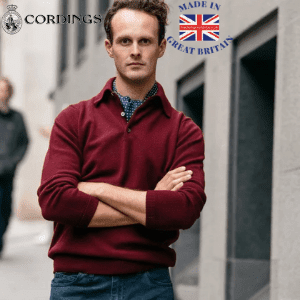 Cordings are a legendary British Heritage brand. They have a small selection of Made in Scotland knitted merino wool polo shirts and jumpers. They are long sleeved and are finished off with Mother of Pearl buttons.

The origins and history of Polo